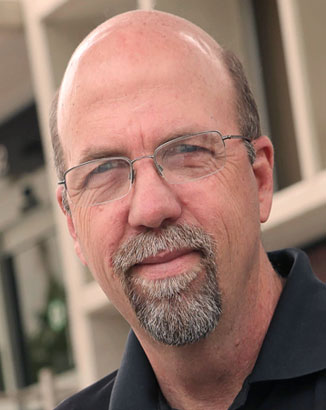 Background
(Ret.) Police Sergeant Michael W. Streed is The SketchCop®, an internationally-recognized forensic facial imaging expert based in Southern California. For 37 years, Michael has blended his rich law enforcement experience and artistic skills to provide forensic facial imaging services to some of the largest, most diverse, police agencies in the United States, including the Los Angeles and Baltimore City Police Departments. As Baltimore Police Department’ s first ever, full-time Forensic Artist, Michael was tasked with establishing the Forensic Services Division’ s Forensic Facial Imaging Unit, building it from the ‘ground up’ while simultaneously managing one of the busiest caseloads in the country. His efforts were rewarded when his Forensic Facial Imaging Unit was the first in the country to receive ISO 17020 accreditation.

Michael’ s long and distinguished career as a forensic artist began concurrent to his law enforcement career. The experience he gained investigating a variety of violent crimes, sexual assaults and juvenile crime helped him develop highly-specialized interview skills which Michael adapted for his role as a police sketch artist. His unique perspective on eyewitnesses, coupled with strong communication skills, has made Michael one of Southern California’ s most sought after police sketch artists. He used those same skills to develop successful police sketches in several high-profile cases such as: The Samantha Runnion murder, the Anthony Martinez murder, the Baton Rouge serial killer, and Orange County’ s (CA) Fortune Teller murder, not to mention countless others in often less-publicized cases.

Recognition
Michael has long been recognized for his contributions to law enforcement He has received several prestigious awards, including: The Orange Police Department Award of Merit, United States Congressional Certificate of Recognition, The American Legion Award and was nominated for the Orange County Sheriff’ s Department Medal of Valor. In 2013, Michael became certified by the International Association for Identification after completing a comprehensive testing and portfolio review process.

In 2015, Michael appeared on the History Channel special, Alcatraz: Search for the Truth. The program examined new evidence leading to speculation that the Anglin Brothers (John and Clarence) survived the infamous 1962 escape from Alcatraz Penitentiary. Michael was asked to compare prison booking photographs of the Anglin Brothers against those alleged to have been taken in the mid-1970’ s. He concluded that it was ‘ highly-likely’ that the Anglin Brothers survived breathing new life into the decades-long investigation.
Author
Michael is a noted author and popular lecturer. His true crime/memoir, SketchCop –Drawing A Line Against Crime (WildBlue Press) was released in January 2016. Michael’ s book is a collection of true crimes stories that describe his role as a police sketch artist and the significant contributions he made to many high-profile investigations. His latest book, Creating Digital Faces for Law Enforcement (Elsevier/Academic Press) was released in February 2017. This textbook is designed for law enforcement and academics who wish to learn how to create software-driven facial composites. Michael’ s currently completing his second true crime, non-fiction book scheduled for release in late 2017.

If you would like to schedule Michael Streed, “SketchCop” for interviews, media commentary, training and keynotes, please contact: