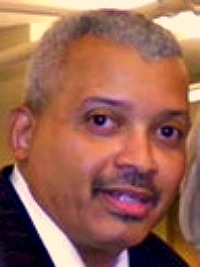 For more than two decades Gregory Clay has been covering sports and offering issue-oriented commentaries as a journalist, editor and media consultant for major publications.  Employed by McClatchy-Tribune News Service, Clay has always had his finger on the pulse of societal trends and high-profile sports figures, ranging from O.J. Simpson and Rae Carruth to Josh Gibson and Tiger Woods.

Gregory Clay has been a featured guest or commentator on local radio and television stations as well as major media outlets such as ESPN, Geraldo and BET.  His journalism experience includes, not only McClatchy-Tribune, but also Newsday, and newspapers in Wichita, KS, Milledgeville, GA and Raleigh, NC.

A graduate of University of North Carolina at Chapel Hill, Clay served as an instructor providing an overview of the “basics” to aspiring writers on the college level.  He has also participated as a panelist in workshops conducted by the National Association of Black Journalists, addressing sports journalism, editing and issues.

He has contributed feature columns to Internet outlets, including BlackVoices.com

Entire articles or portions of articles written by Gregory Clay have appeared in the following books:

Headslap: The Life and Times of Deacon Jones (by John Klawitter)

They Cleared the Lane: The NBA’s Black Pioneers (by Ron
Thomas)

By the Color of Our Skin: The Illusion of Integration and the Reality of Race (by Leonard Steinhorn and Barbara Diggs-Brown)

How to Play the Sports Recruiting Game and Get an Athletic Scholarship: The Handbook and Guide to Success for the African-American High School Student (by Rodney J. McKissic)

To contact Gregory Clay for media consultation or commentary, please fill out the form below or contact: