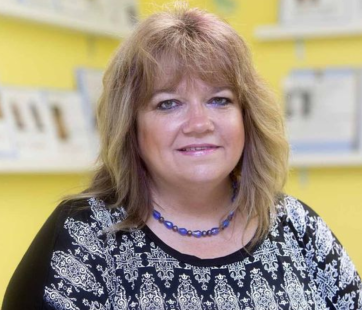 Influenced by a class speaker in college, Dottie Laster began her work in the anti-human trafficking movement on a global scale. While studying in Paris and Budapest she was directly confronted with the plight of individuals in war torn countries who were being sold into modern slavery.

Laster was appointed an original member of the U.S. Attorney’s Human Trafficking Rescue Alliance, a human trafficking task force that was commended for its results. As part of this task force, she was selected by the US Attorney’s Office to be certified by the Department of Justice, where she conducted training of over 5,000 police officers and worked directly with adult and child victims of trafficking.

She is the co-founder of the San Antonio, Texas Coalition Against Human Trafficking and the past Administrator of the Orange County, California Human Trafficking Task Force and has successfully written millions in grants to assist children and victims of human trafficking. Currently, Laster is the Anti-Trafficking Coordinator with the Bernardo Kohler Center as an accredited representative recognized by the Bureau of Immigration Appeals to practice immigration law under BKC.

Laster has served as technical advisor and/or producer of TV and movie projects for all major networks, and several motion picture production companies, and has worked with noted celebrities to raise funds and awareness about the issue of human trafficking.

Dottie Laster is featured in the documentary on sex trafficking in Latin bars and cantinas, The Cantinera, and her direct rescue work will be the subject of the MSNBC Documentary, Sex Slaves: Texas Rescue. She is the recipient of several human rights awards and has been featured in numerous publications including recent issues of Texas Monthly, Town Hall, and MORE Magazine.

Dottie Laster is the CEO of Laster Global Consulting which has consulted in several high profile trafficking cases, and has been directly and indirectly responsible for the rescue and restoration of hundreds of trafficking victims. The strong multi-disciplinary team has an established track record and provide project development, consultancy, and training resources in domestic and international trafficking.

To schedule Dottie Laster for interviews, training workshops and keynotes, please fill out the form below or contact: