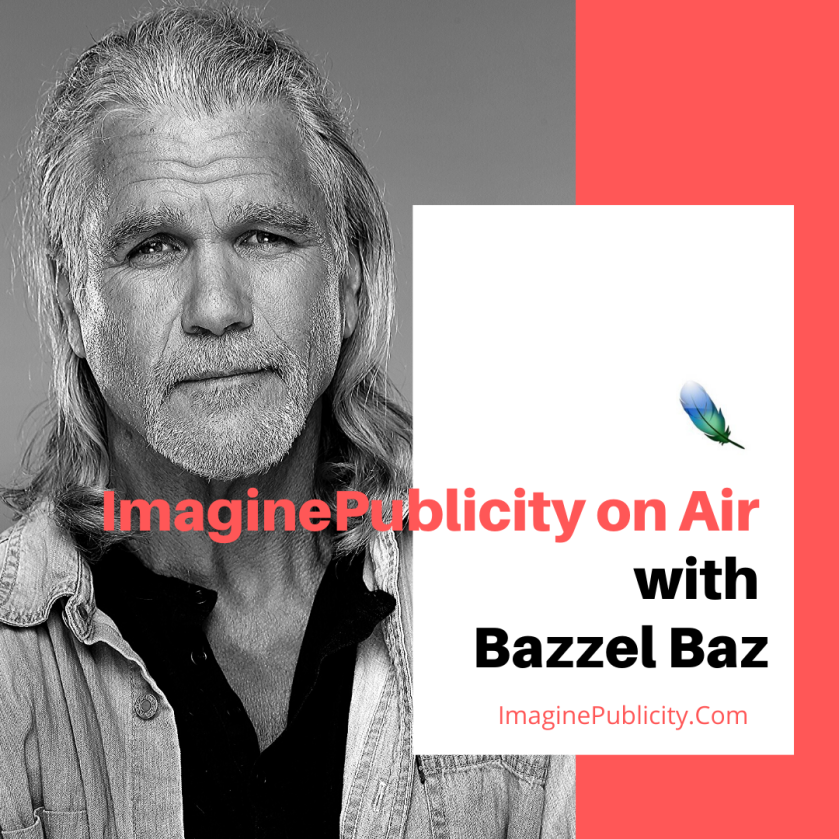 He has a way of helping people to breakthrough and stretch to new levels of greatness.  He’s Bazzel Baz, aka “Baz”, President of the Association for the Recovery of Children (ARC), Patron Saint of Missing Children and life coach.

Throughout his corporate career he has been known for his creative, spirited, high energy and purposeful approach to developing relationships, talent and solutions.  His layer-peeling approach to life in parable form is enlightening.  He gives so much of himself to help others to be their very best, to do their very best and return the favor.

As the recipient of the Intelligence Commendation Medal and numerous Exceptional Performance Awards, Baz is able to draw from his ten-years supporting the CIA as an undercover operative in field intelligence collection operations throughout the Far East, Middle East, Northern Europe, Central America, South America, the Mediterranean and Africa.  These experiences as a Paramilitary Officer in developing and recommending policy, operational doctrine, hostage rescue involvement, as well as methods and techniques for use in clandestine activities place him head and shoulders above speakers who are not battle tested.  He currently contracts as a “life guarantor” for people entering high threat environments.

Baz is a Citadel Graduate, former U.S.  Marine counter-terrorism Officer, CIA Intelligence Special Operations Group Paramilitary Case Officer, Film and Television Writer/Producer and founder of the Association for the Recovery of Children (ARC) www.recoveryofchildren.org, humbly acknowledging a 100% successful child rescue rate.  In 1993 Baz founded the Association for the Recovery of Children [ARC], a non-profit organization comprised of former and active intelligence, military, and law enforcement personnel dedicated to the recovery of missing and exploited American children, in foreign and domestic locations.  In 2019, on invitation of the White House and DOJ, Baz introduced ARC’s legislative initiative involving severe penalties for those who sexually exploit any child under the age of 18 in the U.S.

He is also the OCONUS Director of Programing for Due North Quest…created out of a critical need for summer programs to support young men returning from boarding schools or struggling to find clear next steps toward their future goals.  It offers a great transition and provides a rite of passage into manhood.

Baz’s twenty-year journey as a motivational speaker (PremierSpeakersBureau.com) finds its roots in the experiences acquired from an international circuit of guerrilla leaders like former UNITA President Jonas Savimbi of Angola, Afghan Rebels, Ministers of Defense, former Ambassadors/Heads of State and thousands of freedom fighters, often under the demands to provide motivational insight and guidance.  On the home front, his influence and intriguing reputation has catapulted his career as a welcomed spokesperson among Corporate Leaders, Law Enforcement Organizations, Public Television, Churches, Educational Institutes as well as smaller groups.  His ability to scale both ends of the spectrum, no audience too big…no audience too small, is a reflection of the seasoned veteran he is, high in demand and admired for his “speak truthfully” approach on a variety of issues, many of which are often sensationalized or distorted by the media.

Baz is a member of the Writers Guild of America and Screen Actors Guild, passing another milestone in 2002 as he and Edgar Strubble (composer for Country Western Singer, Kenny Rogers) finished “March On By”, a patriotic song produced by Peter Panic Music of Burbank California, as a salute to the men and women of the U.S.  Armed Forces and Civilian Rescue Operations.

Like his fellow Citadel graduate Pat Conroy (bestselling author of works including The Prince of Tides and The Great Santini), Baz has learned to develop partnerships with experienced television and film makers to send his message of good-will leadership and motivation that moves the masses to take responsibility and make a difference in this world.

Baz has been able to draw from his CIA and military experiences in order to launch a successful acting career as well as create movie and television material that is unique and original.  He is well known in the industry as the “go-to-guy” for technical and creative consulting on and off the set for Directors, Producers and Actors as well as hours of on camera time for a plethora of shows.  He is best known in recent years in his co-star role on NBC television’s “The Blacklist” for four seasons as the commander of Raymond Reddington’s paramilitary group.  He currently has a number of feature film and television projects on the table for development.

As a Life Coach (LifeCoachBaz.com) Baz travels nationally and internationally to provide breakthroughs to awesome performance with an uncanny ability to bring simple solutions to complicated scenarios.  His self-help books and the unique and very successful trauma clearing protocol has received outstanding reviews with a perpetual demand from those in need of his help.

For information about how to best increase your potential by using social media marketing and management, contact us for a complete assessment. Join us on Facebook, Twitter, Google+, LinkedIn, and other social media platforms!