The late Susan Murphy Milano turned her 20 years of experience in the field of high risk domestic violence cases into more than a book, but a tool for others to use in order to save the lives of those needing escape from a violent or stalking relationship.

Born with an instinct to come up with strategies to escape the abuse happening in her own home, Susan  consistently used that instinctive gift towards helping others by working with them in the “danger zone.”

Everyone involved in the movement against family violence should have these tools available, especially the unique “Evidentiary Abuse Affidavit” which is a series of forms and a video that will be a voice for victims who need to be heard.  Cases will be resolved and abusers will be arrested.

Created from incidents surrounding the Stacy Peterson Case, the Evidentiary Abuse Affidavit (E.A.A.) was created for victims of domestic violence, to insure that the victim’s words about her fears and previous violence will not disappear if she does. The ability to prove who likely seriously injured, abducted, or killed someone is as only as good as the evidence. The E.A.A. was developed to assist victims in documenting their experiences in ways that will help the legal system successfully prosecute in the future.

Safety plans have been created over the years, but nothing like what is set forth in “Time’s Up” has been presented to be used by those who come in contact with a victim every step of the way, such as attorneys, hospital personnel, prosecutors, advocates and shelter workers.  This information needs to be in the victim’s hands as early as possible to prevent any further escalation of violence. 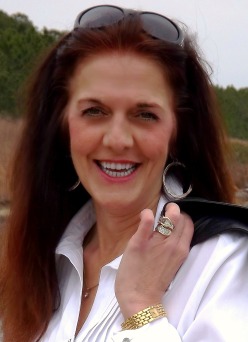 Susan Murphy Milano was a specialist and expert in intimate partner violence and worked nationally with corporations, faith based organizations, domestic violence programs, law enforcement and prosecutors providing technical and consulting services in “high risk” domestic violence and stalking related cases. Her principal objective was to intervene before a victim is seriously injured or killed. Utilizing a procedure which she devised, The Evidentiary Abuse Affidavit,© Murphy Milano’s clients are all still alive– a statistic that is remarkable considering the distinct increase in intimate partner homicides.

Susan witnessed her father, a decorated Chicago Violent crimes Detective, brutally and violently attack her mother repeatedly. The words “If you leave I will kill you” turned into reality the night Susan walked into her childhood home and found her mother murdered and her father in the next room dead from a self-inflicted gun-shot wound to the head. Since the murder-suicide, Susan made significant changes in the way the world looks at violence in and outside the home. Her quest for justice was instrumental in the passage of the Illinois Stalking Law and the Lauternberg Act.

In addition, she and her work have been prominently featured in newspapers, magazines, radio and television including: The Oprah Winfrey Show, Larry King Radio, ABC’S 20/20, Justice Files, E-True Hollywood, CNN, Sunday Today Show Profile, Women’s Day, Family Circle, US News and World Report to name only a few. She has frequently participated in guest media commentary panels on major news programs and appeared on the A&E Biography of Drew Peterson.  She was a well known radio host, regularly hosting The Susan Murphy Milano Show,“Time’s Up!” on the Zeus Media Network, also she appeared on Crime Wire on BlogTalk Radio, and a regular weekly co-host on nationally syndicated, The Roth Show.

“Time’s Up” is available through online book sellers, as well as local book stores.  You never know when you, or someone you know may need this information.

Order from Amazon or for cases of books contact delilah@imaginepublicity.com for best pricing.