Each Wednesday  Dr. Laurie Roth holds conversations with those in the know about particular crimes,criminals, issues, corruption, and wrongdoing. Tune in with co-host Dottie Laster and her guests to learn more about human trafficking, the dangers and what to do about it.

Katherine Svoi Symthe is the granddaughter of Lester Brown, whose cruelty to animals made the cover of Life magazine in 1966, that enraged Congress to pass the Animal Rights Law. Lester Brown moved to California where Smythe’s mother started buying children from the sex trade and abusing them. Smythe endured 17 years of torture, pain, and even witnessed her sister’s death by her mother. Today, Symthe provides an exclusive look into her life and how she utilized her talents to overcome the traumatic trials in her life which created a passion from within her to create “Healing survivors creating Thrivers”. Follow Katherine as she tells her phenomenal story in hopes of saving other children and inspiring strength in others.

“It is a cold, harsh night outside, with temperatures of 60 degrees and below, and I am locked up in a six foot by six-foot brown, cold, wooden box located in the dog kennels. I can barely see the stars in the sky as I peak through the cracks of the box. The night is cold as death itself. My body shivers from the cold. I can hear the sounds of the dogs outside the box. Their howls begging for food, and whimpering in agony, almost to the point of overwhelming what little remained of my hearing. I am barely clothed with brown shorts, yellow tank top, no underwear and no shoes.” 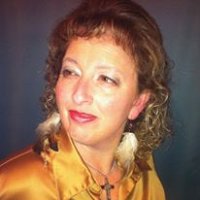 Professor Katherine Symthe survived a history of complex trauma of abuse on all levels. She utilizes her life experience as a living testimony of survival, success and connecting to an authentic life of value and celebration. Symthe facilitates students and/or clients to realize that they can achieve their dreams by providing them the instruction, counseling and resources to facilitate the process of “Embrace Your Destiny”. Professor Symthe earned her Bachelor’s Degree in Management from the University of California, Riverside. Symthe holds diplomas in Educational Psychology, Psychology, and Teaching Skills for Educators. Additionally, she has over 20 various credentialed certificates in Psychology, Organization Psychology, Life Coaching, Virology, Successful Lifestyles, Counseling, and Mental Health. Professor Symthe is an International Best Selling Author on Amazon Kindle. She is currently working on her third book, “Defining Moments”, a memoir of her process of healing through depression in 2012. Symthe owns House of SVOI, a digital media company that writes, produces, hosts, and edits her own self-empowerment shows. House of SVOI is the home to Symthe’s productions of the Katherine Symthe Radio Show, PAW NEWS, KatSpeak and OUTSPokenWYN. Symthe is also a motivational speaker and certified life coach in personal development.

Dottie Laster is featured in the documentary on sex trafficking in Latin bars and cantinas, The Cantinera, and her direct rescue work is the subject of the MSNBC Documentary, Sex Slaves: Texas Rescue. She is the recipient of several human rights awards and has been featured in numerous publications including recent issues of Texas Monthly, Town Hall, and MORE Magazine.

Dottie Laster is the CEO of Laster Global Consulting which has consulted in several high profile trafficking cases, and has been directly and indirectly responsible for the rescue and restoration of hundreds of trafficking victims. The strong multi-disciplinary team has an established track record and provide project development, consultancy, and training resources in domestic and international trafficking.