The trial of Tampa housewife,Julie Schenecker, is making headlines as court watchers are trying to determine why she killed her two teenage children, Beau and Calyx, in cold blood, and whether it was pre-mediated or insanity that drove her to pull the trigger. 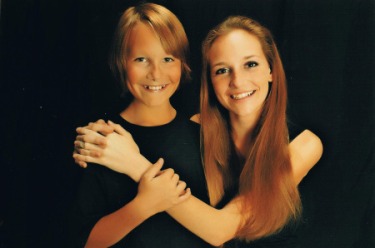 Beth Karas and Diane Fanning will talk about the Schenecker trial on Tuesday, May 13 on the highly popular Karas on Crime at 11am Eastern time broadcasting live on the internet through Lifestyle Talk Radio.

Listen to the Podcast

In her book, SLEEP MY DARLINGS, Diane Fanning delves into the background of the case, researching the family dynamics that could have possibilities for the double murder. She painstakingly reveals the details leading up to the fateful day when the lives of two teenagers were gruesomely ended.

Sixteen-year-old Calyx and thirteen-year-old Beau Schenecker were found dead—both of them shot, then covered with blankets. Upon questioning, Julie admitted that she was “tired of the kids talking back” and just “wanted it to be over.” Had her manic depression driven her to the point of insanity? Or was hers a case of cold, calculated violence and manipulation? This is the shocking true story of motherhood, mental illness, and two charges of murder in the first degree.

As the evidence in the trial is being presented it’s clear that Julie Schenecker shot her children, but as the jury hears testimony from those surrounding her in the time before the murders, they will have to decide her fate.

Diane Fanning is the Edgar-nominated writer is the author of twelve true crime books as well as seven books in the Lt. Lucinda Pierce crime fiction series and a World War Two mystery, Scandal in the Secret City.  She has appeared on the Today Show, 48 Hours, 20/20, Forensic Files, Snapped, the Biography Channel, Investigation Discovery, E! and the BBC  as well as numerous cable network news shows and radio stations across the States and Canada.  Raised in Baltimore, she now lives in the shadow of the Blue Ridge Mountains in Bedford, Virginia.

For nearly two decades, Beth Karas has offered insight, analysis, and on-the-spot reporting on legal stories from courthouses across the country. In a 2007 interview, Larry King called her “one of the best in the business.” Over the years, numerous attorneys and journalists have expressed the same sentiment.

She distinguishes herself from her colleagues because of her unique expertise—knowledge of the law and procedure drawn from her experience in the trenches as a trial attorney. It’s no surprise that Karas is a sought-after analyst, especially when on location at high-profile, competitive stories.