Mothers Against Gangs (MAG) is a coalition born out of the tragic killing of Martin Alberto Garza in the Imperial Valley of California. Martin didn’t come from a dysfunctional family like those who usually get involved in gangs, Martin wasn’t involved in gangs, but happened to be in the wrong place at the wrong time and was fatally stabbed by a gang member on January 6, 2013.

Our guest for this week’s show, Martin’s mother and founder of Mothers Against Gangs Coalition is Yulil Alonso-Garza.  Yuli’s first appearance on Shattered Lives Radio was mere months after the tragic gang killing of her son. She so lovingly described her son, her family, and the close knit community that has helped her through. Listen to the Podcast 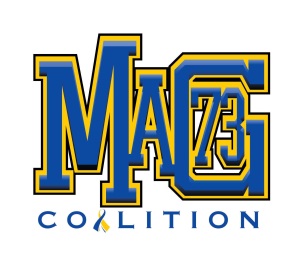 The MAG Coalition is a collaboration of caring people, friends, and fellow Wildcat and Imperial Valley friends that came together because of the tragic loss of their Amazing son, brother, friend, classmate, Martin Alberto Garza. It is the coalition’s vision to raise awareness about several causes that were important to Martin: His family, his friends, his school, and his community.

The trial of those responsible for Martin Garza’s killing is scheduled for this year, a time when a victim’s family can be tested, a time of great stress having to re-live the details, and learn new details, of how a loved one died. Along with the community who has given immeasurable support, the Garza family is seeking justice, and answers, and new ways to prevent other children to become a statistic of gang violence.

The MAG Coalition has been very active in fundraising and awareness in the Imperial Valley and beyond. Creating an atmosphere of harmony for troubled youth and their families, they seek to create a safety net for those kids who may fall through the cracks and become involved in gangs. Throughout the year since losing their son Martin, the Garza family and the entire community have united to develop their mission in Martin’s memory.