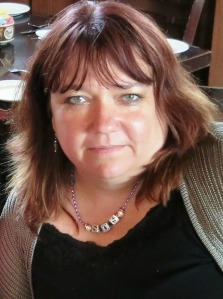 Dottie Laster says, “There is a growing problem within our schools where traffickers are infiltrating. Many unsuspecting students are unknowingly being groomed by traffickers who will introduce them to a living nightmare.” Laster will discuss the grooming tactics seen all across the country where students from stable environments are being targeted.

Dottie Laster is one of the nation’s leading advocates for human trafficking victims, a certified and experienced trainer to law enforcement and advocates across the country, and one who has clearly taken up the issue of awareness and education of human trafficking globally.  Laster has been involved in the rescue and restoration of over 200 victims across the country, and through the Bernardo Kohler Center she is accredited to practice immigration law.

Dottie Laster will be making several appearances during National Human Trafficking Awareness Month to educate the public on the growing epidemic, especially within high schools and colleges using basic seduction schemes to lure their victims.

Dottie Laster has been featured in The Cantinera Documentary, Texas Monthly, MORE Magazine and all major networks and news programming. She has been instrumental in the rescue and restoration of hundreds of trafficking victims over her years of service. Most recently she is involved in shooting the pilot for an upcoming television show tentatively titled Project Red Light.

Laster is available for speaking engagements, presentations, and training for both the general public and law enforcement officials.

Why does it seem the missing pretty young girls get the majority of media attention? It’s an age old question and one that plagues the parents of Zachary Malinowski, missing from Aynor, South Carolina since August 25, 2013.

Details of Disappearance
Zachary was playing basketball with 2 of his friends on Sunday, August 25,2013. After playing ball, Zachary dropped off  on of his friends at a residence (Murray Johnson Rd, Conway, SC) and the other friend states that he and Zachary then went to a  lady’s residence  – 7th Avenue, in Aynor,SC. They both stayed at that residence until approximately 11:30pm. The friend states that Zachary left in Zachary’s vehicle (1996 dark purple/burgundy Chevy Beretta) to get something to eat. He hasn’t been seen since.

Horry County police say they have found the car of missing 19-year-old Zachary Matthew Malinowski and that is was burned.
His car was found in the woods off of Valley Forge Road near Aynor . Police say the car was “completely burned.”

Joining Monica Caison will be Zachary’s step-father, Brian (Lonnie) Jordan to discuss what the public can do to help. The family and friends of

Zach are petitioning to have his case featured on the Nancy Grace show, or any national television or radio show that will get the information about his disappearance to the masses. Join the Help Find Zachary Malinowski Facebook page for updated details on the efforts of family and friends.

Founded in September, 1994, in Wilmington, NC, CUE Center for Missing Person‘s mission is to join efforts with all concerned, seeking closureof tragedies, as we remain in search of the missing. They are a registered non-profit whose cases reach all across the nation. The belief that “every missing person is someone’s child” holds true to the heart of the mission of CUE Center and it’s 15,000 volunteers.