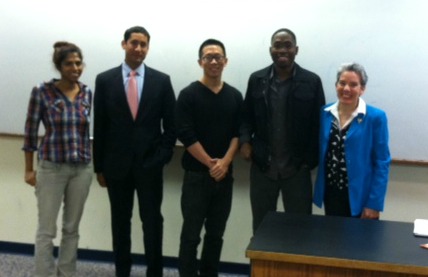 Donna R. Gore was graciously invited to make a presentation to the University of Connecticut Law class of Attorney Michelle S. Cruz on October 22, 2013. As students of the law, what better way to learn than to hear first hand accounts of experiences in the judicial system presenting the pitfalls surrounding a particular case.

LadyJustice began with an introduction to her medical survivorship, something which no doubt prepared her spirit for the obstacles which lay ahead in her life. She then explained the homicide of her father, a pivotal moment in time which caused her to draw upon her innate strength and attitude to continue, bringing her to where she is today, a seeker of justice, not only for herself and her immediate family, but for others who have walked the same path.

She described for the class the circumstances leading to her father’s murder and the dynamics of her family’s diverse coping skills. Waiting over 6 years for the murderer to come to trial lead to the wound being re-opened and triggering the vulnerabilities that only homicide survivors experience. There was discussion about the trial and the legal concept of “joinder.”  (a legal term that refers to the process of joining two or more legal issues together to be heard in one hearing or trial. It is done when the issues or parties involved overlap sufficiently to make the process more efficient or more fair. It helps courts avoid hearing the same facts multiple times or seeing the same parties return to court separately for each of their legal disputes.) Wikipedia

Much of the discussion surrounded the way that victims are treated within the legal system and how LadyJustice was able to transcend the re-victimization that is common among homicide survivors. Part of her process was becoming one of the founding members of Connecticut’s Survivors of Homicide, Inc. organization and her work with others to improve their situations.

After 32 years the Gore family were subjected to the murderer’s parole, being notified just weeks before the hearing, they were blindsided, thinking this day would never occur, even being told after the conviction and sentence that he would “never see the light of day again.” But, how did it happen? Looking back there were several errors made, in the original trial as well as in the notification process that victims depend upon to knowingly prepare for such circumstances.

The Gore family hired Attorney Michelle Cruz to assist them through the parole process where she found many injustices occurring within this particular case through the policies of the Board of Pardon and Parole, including the lack of victim anonymity and the impact of the process and physical environment. Once again, Donna Gore, with the help of Attorney Cruz, took the negative experience and created changes in the policy so that other victims would have a better advantage in the future. 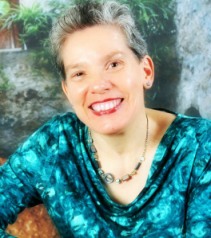 Donna R. Gore is presently a Consultant for the Office of Victim Services under the Department of Justice and is available for presentations and training throughout the country. She is also the host of the popular weekly internet radio show, Shattered Lives, which attempts to discuss the aftermath of crime and offer resources for crime victims through the various guests who appear. She is in the process of launching a Victim Impact Statement Service which will assist in professionally written victim impact statements for those who are appearing in court. The victim impact statement has become one of the most important opportunities for victims’ voices to be heard in the judicial system.

Students were quite receptive and asked several questions during the presentation, including specifics surrounding the trial and parole hearing of her father’s murderer, and if missing adults needed to wait 72 hours before a report is taken.  Students aspiring to become various types of attorneys were able to learn from an expert, one who has experienced the judicial system and tried to make it better for those future attorneys, especially in the way that the victims they represent are treated.

To bring Donna R. Gore (LadyJustice) to your community or organization for presentations or training in victim services, please contact ImaginePublicity at 843-808-0859 or email contact@imaginepublicity.com to schedule. You can also contact OVC.

Donna R. Gore has been included in presentations at several meetings and conferences, including CUE Center for Missing Persons. She recently appeared on Your Health is Wealth with Dr. Akoury which airs on local FOX TV, discussing Stress and Disorders (video at link). 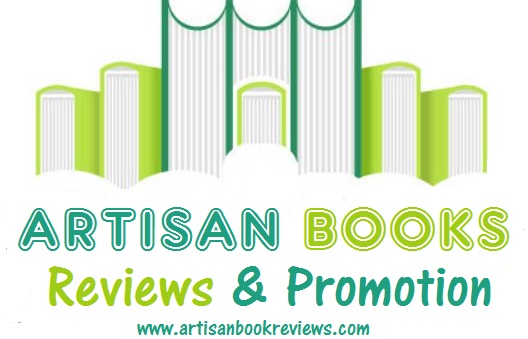