You can hear Crime Wire   Tuesdays at 7 p.m. Eastern.

LISTEN LIVE or to the PODCAST

Bella Capo is no stranger to violence, in the home and in the streets. 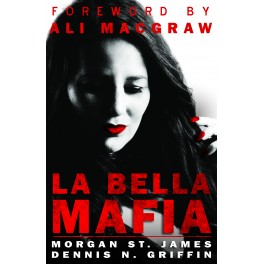 Bella Capo, the sexually and physically abused daughter of a powerbroker, whose close associates included politicians and organized crime figures, and a drug addicted mother, spent much of her youth in foster homes and rehabilitation facilities. As a young adult she became a force on Hollywood’s Sunset Strip, running clubs and after-hours clubs. After a failed marriage to an abusive husband, Bella became a boss in the Crips– the only white female to hold such a position of power in the gang at that time. She late fled Los Angeles in fear for her life when her ex-husband and his associates stalked her and threatened her with death.

Although she could have died many times, Bella survived and overcame the obstacles to co-found La Bella Mafia, an online group that provides assistance and counseling to abuse victims especially those in life-threatening situations.

This Courageous woman has now come out of hiding to share her story. It will serve as an inspiration to the hundreds of thousands of abuse victims in the United States who suffer in silence…….Amazon

Kim Kolton is hosting the launch on Crime Wire Radio! Be there to chat live with the authors and Bella Capo as well as participate in the interactive chat room.