There has never been a shortage of mass trauma in the world as we know it, all the way down the historical path to biblical times and before. The one mass trauma that seems to be the guidepost for all other is the Holocaust and Hitler’s mass murder of millions, may we never forget. From the Holocaust to 9/11 to the mass murder of children at Sandy Hook Elementary School in Newtown, CT, mankind has seen traumatic evil perpetrated upon it’s citizens.

How do we recover? Some say these events tend to bring a closeness of community, a reversion back to knowing your neighbors and sharing their pain. Others seemingly go about their everyday lives as if it happened elsewhere, perhaps living in a state of denial.

Our guest for the hour is one of the most distinguished international experts in her field. Dr. Yael Danieli will explain to us the responses to mass tragedy and offer insights into our collective recovery. 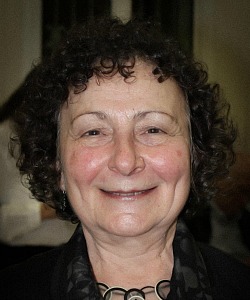 Dr. Yael Danieli is a clinical psychologist in private practice, a victimologist, traumatologist, and the Director of the Group Project for Holocaust Survivors and their Children, which she co-founded in 1975 in the New York City area – the first such program in the world. She has done extensive psychotherapeutic work with survivors and children of survivors on individual, family, group and community bases.

She has studied in depth post-war responses and attitudes toward them, and the impact these and the Holocaust had on their lives. She has lectured and published worldwide in numerous books and journals, translated into at least 17 languages on optimal care and training for this and other victim/survivor populations, and received several awards for her work, the most recent of which are the Lifetime Achievement Award of the International Society for Traumatic Stress Studies (ISTSS) in 2002 and the Award for Lifetime Achievement in Trauma Psychology of the American Psychological Association Division 56- Trauma Psychology in 2012. In 2008 she was appointed Advisor on Victims of Terrorism for the office of the Secretary-General of the United Nations, and helped organize the first Symposium on Supporting Victims of Terrorism at the UN. As well, she was appointed Distinguished Professor of International Psychology at the Chicago School of Professional Psychology, helping to build the first Ph.D. program in international psychology.

She has served as consultant to the ICTY and the International Criminal Court on issues related to victims and staff care, consultant to South Africa’s Truth and Reconciliation Commission and the Rwanda government on reparations for victims, and has led ongoing Projects in Bosnia and Herzegovina (Promoting a Dialogue: “Democracy Cannot Be Built with the Hands of Broken Souls”), and in Northern Ireland. Her books are International responses to traumatic stress…; The Universal Declaration of Human Rights: Fifty years and beyond; Sharing the front line and the back hills (Baywood) – all published for and on behalf of the United Nations; International handbook of multigenerational legacies of trauma (Kluwer/ Plenum); and The trauma of terrorism: An international Handbook of sharing knowledge and shared care and On the Ground After September 11 [a finalist of Best Books 2005 Award of USA BookNews.com](Haworth Press).

Dr. Danieli is also Founding Co-President of the International network of Holocaust and Genocide Survivors and their Friends. A Founding Director of The International Society for Traumatic Stress Studies, Dr. Danieli was its (1988-1989) President. The Initial Report of her Presidential Task Force on Curriculum, Education, and Training for professionals working with victim/survivors was adopted by the United Nations (E/AC.57/1990/NGO.3). She also co-chaired the ISTSS Task Force on International Trauma Training. Dr. Danieli has been the Senior Representative to the United Nations of the World Federation for Mental Health and of the International Society for Traumatic Stress Studies, serving also as Vice-Chair of the Executive Committee of Non-Governmental Organizations Associated with the UN Department of Public Information and Chair of its Publications Committee.

A Founding Member of WFMH’s Scientific Committee on the Mental Health Needs of Victims, and its Chair, she has been active in developing, promoting, adapting and implementing the United Nations Declaration of Basic Principles of Justice for Victims of Crime and Abuse of Power (A/RES/40/34) and all subsequent UN victims-related work, including their right to reparation (E/CN.4/Sub.2/1996/17) and the Statute and Rules regarding the victims’ central role in the International Criminal Court. She has served as Consultant to the UN Crime Prevention and Criminal Justice Branch, on the Board of its International Scientific and Professional Advisory Council and is currently the Chair of the Executive Board of the Alliance of NGOs on Crime Prevention and Criminal Justice; also, consultant to the World Health Organization, UNICEF, the Office of the UN High Commissioner for Human Rights and various governments on trauma and victim/survivor’s rights and optimal care. In the US, she has consulted for the National Institute of Mental Health, the Federal Bureau of Investigation and, among other news organizations, Associated Press, BBC, Reuters and CNN. She has served as Director of Psychological Services for the Center for Rehabilitation of Torture Victims, and Adjunct Associate Professor of Medicine at Seton Hall University School of Graduate Medical Education in New Jersey. Concurrent with a variety of clinical training and work, during 1970-1977 she taught Psychology at Brooklyn College and John Jay College for Criminal Justice of the City University of New York, and was faculty member and supervisor at the (U.S.) National Institute for the Psychotherapies.

Before arriving in the United States (for a Doctorate in Psychology at New York University earned in 1981), she served as a Sergeant in the Israeli Defense Forces, earned degrees, taught and wrote in music, philosophy and psychology. See also, http://thechicagoschool.edu/content.cfm/detailed_news?NewsID=503143