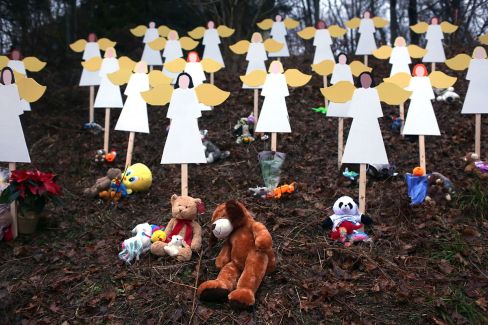 Too many questions remain unanswered.

Questions such as:  “Other than the ObamaGov-controlled and approved photographs, where are the pictures of chaos and injured parties at Sandy Hook?” and “Why did the children–presumably the “survivors”–say when interviewed that they were involved in a regular drill?” or ” Why did Connecticut Superior Court Judge John Blawie place a gag order on Newtown law enforcement, barring them from speaking about Sandy Hook school incident?”

For those familiar with Dr. Laurie Roth and her radio show, they know she pulls no punches and has no agenda other than the truth. Her guests continually bring information to listeners that is not reported in main stream media circles. Some of it may be too hot to handle! Roth routinely questions those in power and what’s going on behind the scenes in America, only trying to report truth.  As they say, “don’t shoot the messenger!”

Regular Monday co-host and investigative journalist, Sher Zieve, joins Roth to cover the Sandy Hook Massacre in-depth and work to uncover the continuing anomalies and unanswered questions.  You may be shocked by what is uncovered…if not myths that will be unraveled.

Sher Zieve is an author and political commentator. Zieve’s op-ed columns are widely carried by multiple internet journals and sites, and she also writes hard news. Her columns have also appeared in The Oregon Herald, Dallas Times, Sacramento Sun, in international news publications, and on multiple university websites. Sher is also a guest on multiple national radio shows.