You can hear Crime Wire Investigates Tuesdays at 7 p.m. Eastern.

Please visit our Crime Wire Website for more discussion in the Forum section.

Statement analyst, Peter Hyatt, has followed the case of Hailey Dunn from the very beginning. 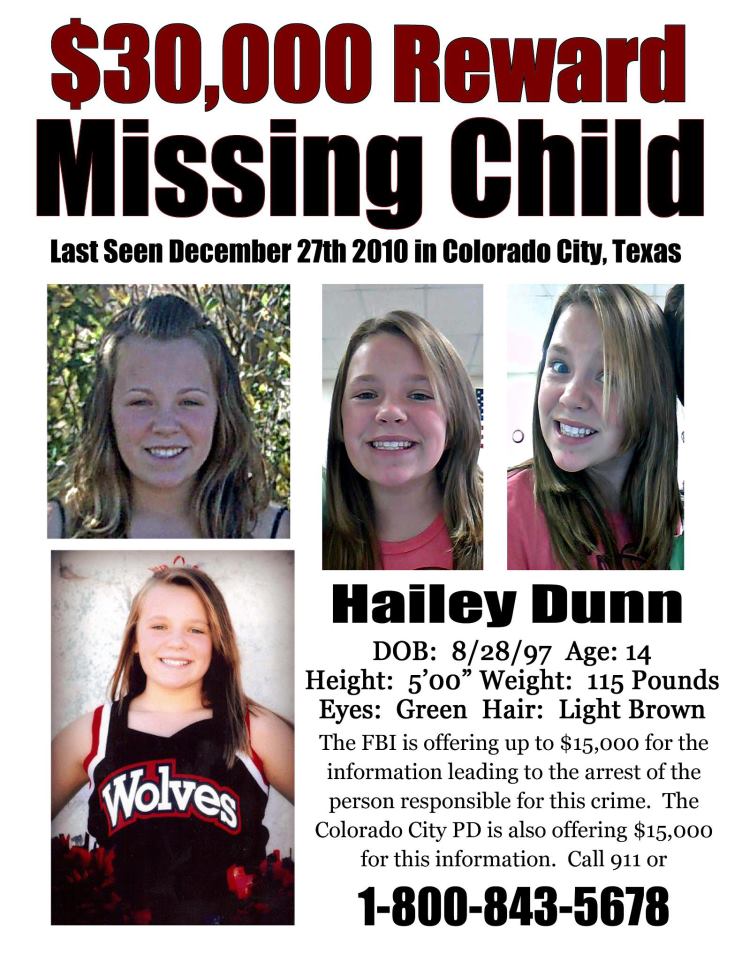 On March 16, 2013 badly decomposed and skeletal remains were found in a field of cactus and brush in Scurry County, Texas, 30 miles away from the area that 13-year-old Hailey Dunn was last seen.

In an online poll, 92% of Peter Hyatt’s readers responded that they felt the remains were most likely belonging to Hailey.

Hyatt will bring Crime Wire listeners up to date on the latest about the discovery, and the behaviors and statements of the parties surrounding the case and her disappearance.

Hailey Dunn went missing on December 27, 2010 while allegedly walking to a friend’s house in broad  daylight in Colorado City, Texas. She was reported missing by her mother, Billie Jean Dunn.

Crime Wire host Peter Hyatt has painstakingly combed through interviews by several people connected to the case and has found deception in their words where truth should have prevailed.