You can hear Crime Wire Investigates Tuesdays at 7 p.m. Eastern.

Please visit our Crime Wire Website for more discussion in the Forum section.

To LISTEN LIVE or to the Podcast:   CLICK HERE

Tune in to the show for new revelations about the case of missing Dylan Redwine. 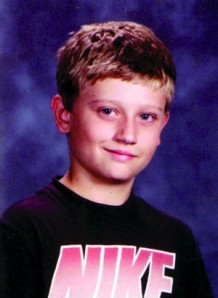 13 year old Dylan Redwine has been missing from Vallecito, Colorado since spending the Thanksgiving holiday with his father, Mark Redwine. It’s reported that Dylan’s family life was tumultuous and his mother and father had not spoken in several years.

As often happens in cases of missing children from broken homes, there tends to be blame cast on one parent or another. Mark and Elaine Redwine appeared on the Dr. Phil Show and faced each other for the first time in years. It wasn’t a happy reunion. In spite of the fact that their 13 year old son is missing, family drama is played out on national television when Dr. Phil offered Mark Redwine the opportunity to take a polygraph and clear his name. Mark Redwine had quite a few difficulties and stopped the polygraph.

Statement analysis involves examining several aspects of someone’s words, including verbs describing communication and uncompleted action; changes in verb tense; minimizing, intensifying, and editing adverbs; extraneous information; unique sensory details; and statement structure, which identifies the person’s focus—on the incident or somewhere else. Research has shown that distinct differences exist between a deceptive statement and a truthful one. By using the techniques of statement analysis, investigators can more readily detect truthfulness or deception in an individual’s words. With these insights, investigators become more efficient and effective in their abilities and gain better focus on the investigation……FBI

Peter Hyatt and Statement Analyst and Private Investigator Kaaryn Gough will talk about Dylan Redwine’s case and try to answer some of the questions surrounding the case using analysis of public statements that have been made.

“Although Statement Analysis is of great value to an investigator, it is also a great tool for counselors, therapists, human resources, educators, and all those interested in truth.  Equally valuable for private life, the ability to discern truth from deception is something that can be learned, practiced, and excelled at.  In fact, everyone from junior high principals to parents need to learn to discern truth from fiction.” …..Peter Hyatt

To read details about missing Dylan Redwine, the investigation, and the analysis of those close to the case, refer to Peter Hyatt’s site, Statement Analysis.