September 4, 2008: 33-year-old Daniel Ray Underwood, his live-in girlfriend Rebecca Nelson,and a friend, Maria Harvick, went from a bar in East Fork, Texas and then back to Daniel’s private home where an argument erupted, a struggle ensued, a shot gun fired, and Daniel was mortally wounded. But was it an accident or a cover-up by police?

Maria Harvick, eye-witness, along with Donna Underwood, Daniel’s mother, will be the guests on the show, discussing some of the startling details of this case. 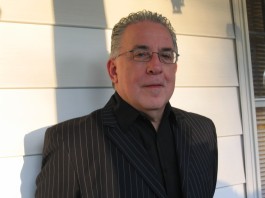 Vito Colucci, P.I. is the host of the syndicated national radio show, Crime Time, which, features anything crime related. Current high profile cases or trials are discussed in detail with commentary from experts in law enforcement, investigators and lawyers.
Vito Colucci, Jr., owner of Colucci Investigations LLC, is a former member of the Stamford, CT Police Department where he worked as a Narcotic’s Detective and Undercover Organized Crime Investigator. One of the main investigations Vito spearheaded during that time was uncovering the organized crime ties within his own police department.
Vito has been a private investigator for the past 22 years, working many high profile cases; Michael Skakel/Martha Moxley case, Jayson William’s case, and honeymooner, George Smith’s case .
Vito Colucci is a regular commentator on various news programs including: Fox News MSNBC, Catherine Crier/Court TV, Star Jones, Glenn Beck, Nancy Grace, Larry King, CNN Headline News, and The Bill O’Reilly Show, as well as being a featured speaker at the first World Investigator’s Conference in LasVegas in 2005.
http://www.justicefordanielrayunderwood.com