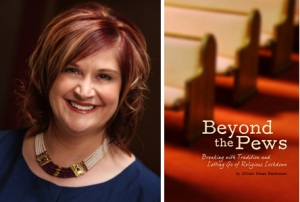 Night ”in times past,” A. Roger Ekirch believes, has been unjustly neglected as a subject by historians and writers. He quotes, for example, the poet Thomas Middleton, who offered the remark: ”No occupation but sleepe, feed” and flatulence. Ekirch aims to rescue night from such cynics, holding that rather than a mere ”backdrop to daily existence, or a natural hiatus, nighttime in the early modern age instead embodied a distinct culture, with many of its own customs and rituals.”…..New York Times review of  AT DAY’S CLOSE Night in Times Past. By A. Roger Ekirch

What happened after midnight in times past, before daylight savings time, and our preoccupation with sunshine and light?  Did the creepy crawly things come out that go bump in the night in evil fashion?  Or, is that the fallacy that we’ve come to believe, like monsters in the closet?

Jillian Maas Backman will respond to the questions about what happens to our souls after midnight. Are we, as beings of light, supposed to be more on guard in the darkness against the evils that may prey upon our souls?

In times past, different daily rituals were held, one of them being, according to the author, A. Roger Ekirch, is that sleep was segmented, retiring after dinner for a few hours, then awakening after midnight for prayer and contemplation….or other earthly things, like sex, and crime.

Listen to the show for more on Jillian’s thoughts on “soul sleep” and what happens after midnight!