You can hear Crime Wire Investigates Tuesdays at 9 p.m. Eastern.

Join host, Dennis Griffin, and a couple of his friends and former mobsters for an hour of discussion about their life of crime within the Mob.

Andrew DiDonato began his criminal career in Brooklyn in 1979 at the age of 14. In 1982 he became an associate of the Nicky Corozzo crew of the Gambino family and for the next 15 years his crimes ranged from larceny and robbery to credit card fraud, bank robbery and attempted murder. In 1997 he was on the lam from law enforcement and under a death sentence from his own crew and another organized crime family. The law
caught him first and he eventually became a cooperating government witness. DiDonato is the subject of the popular book, Surviving the Mob by Crime Wire host, Dennis Griffin.

After a lengthy criminal career in the Windy City with the Chicago Outfit, Frank Cullotta joined his boyhood friend and feared enforcer Tony Spilotro in Las Vegas. In 1982 Spilotro and Frank had a falling out and
the Outfit authorized a contract on Frank. Facing life behind bars or death at the hands of Outfit killers, Frank flipped and became a government witness.

In the 1995 hit movie Casino, actor Joe Pesci played a character based on Spilotro. Frank served as a 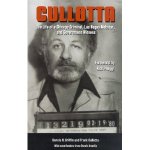 technical consultant to the film and played a hit man in several murder scenes. His “Frankie” character was played by Frank Vincent.

The complete story of Frank Cullotta can be found in the book by Dennis Griffin, Cullotta.