Nationwide, hundreds of thousands of rape-test kits sit in limbo because local police forces lack the resources to process them. Each kit represents a victim denied closure, and a rapist who might go unpunished. Editorial Dallas Daily News 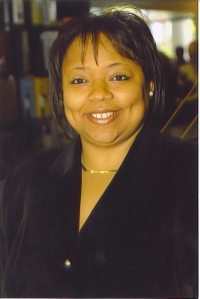 Lavinia Masters waited over 20 years before her rapist was identified through DNA technology. A rapist that was given the time and ability to commit more crimes before being put behind bars.

Results of a sexual assault, or rape kit are an important component towards justice for the victim, and communities as a whole.  As in the case of Masters, her perpetrator went on to assault again, and Masters suffered through 20 years waiting for justice.  Without forensic evidence, juries question the case and the prosecution, even though the evidence may exist, juries don’t understand that where a rape kit has been performed, why it’s not in the courtroom. With increased DNA technology, the results of a rape kit are often times what a case hinges on to convict an offender.

In February Masters participated in a Round Table Focus Group sponsored by the National Center for Victims of Crime in Washington.

On Monday, September 17th in Fort Worth, Texas there will be a briefing with the attendees regarding the SAFER Act followed by a press conference. The briefing will begin at 1:30 and include those who are backing this new piece of legislation for the state of Texas led by Sen. John Cornyn.