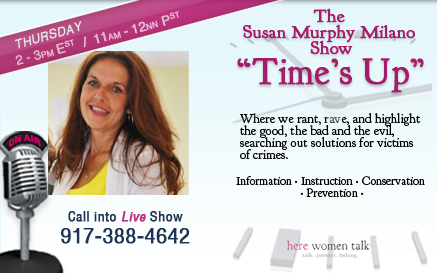 Denise Brown is a nationally recognized advocate for education and awareness about intimate partner violence, thrust into the limelight after the murder of her sister, Nicole Brown Simpson.

Since early 1995 Denise Brown has traveled to various states speaking on the epidemic of domestic violence. She has addressed university student bodies, men in prison and in batterers’ treatment programs, women at risk, church groups and various educational and legislative forums. Ms. Brown has helped raise funds for local shelters all across the country with her appearances, and has assisted in the success of a major project called the Vine System. This Program is an automated victim notification service of the release of batterers from jail or prison.

As part of her commitment, Ms. Brown has worked to help pass a variety of legislative solutions for domestic violence. One of her most important projects was to lobby on behalf of the Violence Against Women Act. Senator Arlen Spector of Pennsylvania contacted Ms. Brown and asked for her assistance on a portion of the bill that was being stalled in committee in the U.S. Senate. With a potential slashing of its federal allocation to domestic violence services, Denise Brown testified to the U.S. Senate Appropriations Committee for increased funding for the Violence Against Women Act. After her testimony, that portion of the bill’s funding was increased from eighteen million to thirty-two million dollars.

Denise Brown has made a life-long commitment to educate the public as well as improve the quality of living for women and children who have been victims of domestic violence, She is determined to banish the darkness and end the silence.