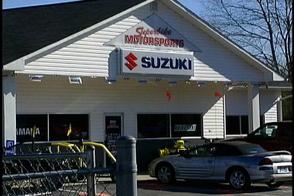 Coroner’s investigator Alan Mason says sheriff’s deputies responded to a call about 3:15 p.m. on November 6, 2003, and found the bodies of three men and a woman at Superbike Motorsports, a bike shop in western Spartanburg County, about 15 miles north of Spartanburg. A customer found the bodies and called authorities, Sheriff Bill Coffey said. Two of the victims were found inside the shop and two were found in the front doorway, authorities said. All four victims were shot multiple times, Mason said. The victims are Scott Ponder, 30, of Boiling Springs; Brian Lucas, 30, of Gaffney; Beverly Guy, 52, of Spartanburg; and Christopher Sherbert, 26, of Boiling Springs.