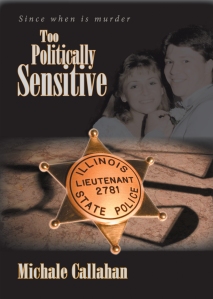 During his career Lieutenant Michale Callahan helped to put more than his fair share of criminals behind bars, but little did he know that the biggest adversaries he would ever face were those within his own department.

Michale Callahan, author of the 2009 book, “Too Politically Sensitive,” recently launched a new site to tell more of the prolonged story of political and departmental corruption that wrongfully convicted two innocent men of the 1986 murder of newlyweds, Dyke and Karen Rhoads in Paris, Illinois. Callahan’s fight continued with his personal battle against a corrupt and powerful state, all the way up to the Governor’s Office, that was more interested in covering up the scandal and silencing its employees than seeking justice. Michale Callahan refused to look the other way, and took a stand against injustice.

A recipient of the 2011 Defenders of the Innocents Award bestowed by the Downstate Illinois Innocence Project, Callahan finally saw the day when Randy Steidl and Herb Whitlock were free men, released from prison after serving approximately 20 years of their lives for a crime they didn’t commit.  It was a long and arduous battle, and the story doesn’t end there, the murders of Dyke and Karen Rhoads have yet to be solved.

Reviewing the case evidence, Callahan found several suspects that were never properly investigated, along with profuse incidents of deliberate cover up.  Basically told to look the other way, Callahan took a stand on the side of what’s right, no matter what the outcome, he was bound to uphold the law, and the truth.

Michale Callahan’s search for the truth has been met with numerous roadblocks, politically and judicially, and 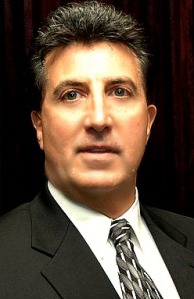 his discovery that our First Amendment rights of free speech do not always apply, according to a court ruling, Garcetti v Ceballos. At the time, it was his First Amendment right to speak out that was the protection that enabled Callahan to fight back, to take on a corrupted state and win. Now, the government has taken that freedom away, too, not just from Callahan or other government employees, but from every American citizen.

Readers of Callahan’s site will see information that was not included in “Too Politically Sensitive,” continuing the story of two men, one who came close to death at the hands of the state of Illinois, and the brave men and women who stood up to the powers to see that they were set free.  The state has wasted millions of taxpayer dollars in their pursuit of not only Michale Callahan, but also Whitlock and Steidl, who have yet to be completely exonerated and remain in the cross hairs of those who seemingly do not want the murder case solved.

As he perseveres and speaks out about injustice and corruption, Michale Callahan will give readers a first hand look into government misconduct that every American citizen should be willing to expose, no matter what the cost.