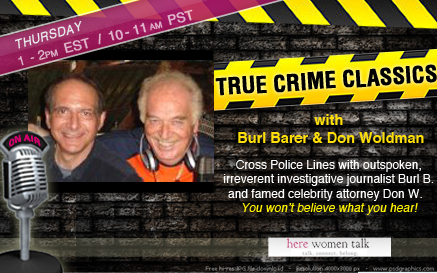 Georgia Durante has packed a lifetime of lessons into her years. Those who have known her for the past twenty years as one of Hollywood’s most successful female commercial stunt drivers have been shocked by the truth of her past.

Hollywood producers have known two Georgia Durantes: the steely-nerved stuntwoman with the skill to handle a three-ton high-performance vehicle in high-speed precision maneuvers; and the beautiful model and actress who, at seventeen, was considered the most photographed girl in the country.

They knew only those sides of Georgia Durante because that was all she chose to reveal. Only now does she share the full story of her life, in The Company She Keeps.

Compelling and terrifying, The Company She Keeps tells the true story of Georgia Durante’s storybook beginnings in Upstate, New York when at the tender age of twelve, the radiant little girl began her national modeling career. At seventeen, Georgia Durante became the “Kodak Girl” immortalized with her life-size image displayed in more than 80,000 retail stores throughout the world.

Soon the magnetic smile that propelled Georgia’s modeling career served only to mask the pain she endured from a brutal rape at the hands of her brother-in-law, her first brushes with mob violence, the birth of her daughter, and a failed marriage, all before she turned twenty.

The roller-coaster that had become Georgia Durante’s life continued its downward ride as she met, fell in love with, and married Joe Lamendola, a respected businessman, but one with a dark secret and ties to the Syndicate.

Georgia Durante’s retelling of the facts paints a picture of a victim hopelessly caught in a web constructed of her own emotions as well as the abuse and threats of the tyrant whose wife she had become.

Suspense and intrigue abound as Georgia recounts the fighter she became in response to her surroundings. She, alone, determined the fate of the madman who had stalked her and kidnapped her daughter.

Georgia Durante’s constant search for meaning and the life she had always sought but could never quite find, manifested itself with many heartbreaking turns.

The Company She Keeps is powerful and raw; a deeply personal account of one woman’s life. Model, Mafia wife, victim and victor, Georgia Durante saw the worst that life had to offer and escaped it. She embraced the positive, but kept the negatives so as never to forget. “Life is what it is,” Georgia writes. “How we deal with it is what matters.” She has dealt with it the only way she knew how: with determination and courage.

Every Saturday at 2PT, 5ET you can hear Burl Barer on True Crime Uncensored broadcast by Outlaw Radio.