FALL, also known as THE DARKEST NIGHT, is one of the best true crime books ever written, and the author, RON FRANSCELL will be our special guest this Thursday 10am PT/1pm ET on Here Women Talk.

A lifelong journalist, he worked for newspapers in Wyoming, New Mexico and California’s Bay Area before hitting the road in one of American journalism’s best beats, covering the evolution of the American West as a senior writer for the Denver Post. Shortly after 9/11, he was dispatched by the Post to cover the Middle East during the first few months of the Afghan war. In 2004, he became the managing editor for the Beaumont (TX) Enterprise, where he covered the devastation of Hurricane Rita from inside the storm. He now lives in San Antonio, Texas.

GOLD MEDALIST in the Independent Publishers 2008 Book Awards and in Foreword Magazine’s 2008 Book of the Year Awards!

Becky Thomson died twice. The first time on the night in 1973 when she and her little sister were thrown by two abductors into a deep canyon from a remote Wyoming bridge. The second time in 1992 when she went back to that same bridge to finally chase away the ghosts that had haunted her for 19 years.

Author and journalist Ron Franscell ventures deep into the memories of his childhood in a small Wyoming town to tell the shocking story of Wyoming’s most devastating rape and murder. In the small circle of the victims’ friends, he explores how a thirty-year-old crime remains an open wound today among the people who were splashed by its viciousness. It not only changed their lives, but it changed crime and punishment forever in Wyoming.

His searing account relied on more than 100 interviews, including the only living witness to the monstrous 1973 killing on the Fremont Canyon Bridge: Convicted murderer Ron Kennedy. He also talked to the family and friends of both the victims and their assailants, as well as collected thousands of pages of documents, letters and photographs.

Every Saturday at 2PT, 5ET you can hear Burl Barer on True Crime Uncensored 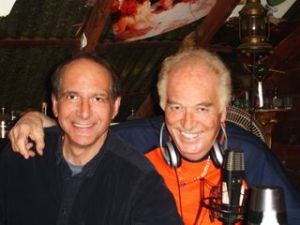