By now everyone has seen the headlines and heard the TV analysts talk about the missing toddler from Maine, Ayla Reynolds, missing from her father’s home since December 17, 2011 where three adults were present.  Peter Hyatt has been at the center of the case, scrutinizing the statements from the many dysfunctional players surrounding the facts of the case.  He will bring us the latest updates on what direction the case is headed, if baby Ayla will be found, and what he sees within the statements and evidence. 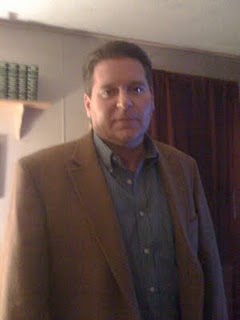 The central theme of Peter Hyatt’s personal blog is “Statement Analysis“, a method of linguistic polygraphy which seeks to discern truth from deception found within speech. Many of these cases are discussed on “The Peter Hyatt Show” on Blog Talk Radio, or on the shows of others which invite Peter Hyatt to appear.

“Although Statement Analysis is of great value to an investigator, it is also a great tool for counselors, therapists, human resources, educators, and all those interested in truth.  Equally valuable for private life, the ability to discern truth from deception is something that can be learned, practiced, and excelled at.  In fact, everyone from junior high principals to parents need to learn to discern truth from fiction.” Peter Hyatt

Peter and his wife Heather write timely articles analyzing high profile crimes, often showing readers areas of deception within television and newspaper interviews.  Check out the blog:  Statement Analysis and get to know the Hyatts and the fascinating science of analyzing words and how they are used.

Peter Hyatt is a civil investigator who has conducted more than 2,500 interviews including children’s interviews.  He uses Statement Analysis is his work, and teaches Statement Analysis in Interviewing.
He also works part-time as an analyst for law enforcement and private companies.  He is the host of “The Peter Hyatt Show” while appearing on various other programs as a guest analyst, including on the forum of “Crime Wire.”  He has authored many articles and does pro bono work for families in “cold cases”; doing analysis of prior interviews.