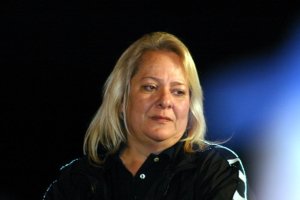 The guest for the hour is Monica Caison of CUE Center for Missing Persons to discuss the case of missing Tracy Myers from Pennsylvania and to update on serial killer long haul trucker, John Boyer, who may have left a path of killings all across the country.

On June 25, 2000, Tracy Lynn Myers was last seen getting into a dark green pickup truck on the 3500 block of Kensington Avenue in Philadelphia, PA. It’s known that Tracy had a drug problem and prior to her disappearance she had left a treatment center in Kennet Square.

Authorities say John Boyer ( Pictured above) pleaded guilty to killing a woman, believed to be a prostitute, in North Carolina. He’s facing charges in two other deaths, one in Tennessee and one in South Carolina.In all three cases, bodies were dumped near interstates.The apparent lack of remorse from Boyer has police officers encouraging their colleagues who work near major highways in the southeast to check their unsolved homicide files and missing person cases.

Community United Effort, CUE Center for Missing Persons has put together its own task force made up of several experts in the field of the UNID, missing persons and researchers form various regions, meeting for the first time last night.

PURPOSE: The project is called “Long Haul Territory Killer”. We hope to combine all the cases we have first hand knowledge of, compiled together with existing case facts, interviews and information gathered over the years in reference to any links to John Wayne Boyer.The team has already publicly named a few cases of concern and have reached out to a some investigators on cold cases this past week.
OBJECTIVE: The team will be erecting a web site in an effort to aid investigators on a nation level with tips, cases submissions and facts to help identified cases of unsolved homicides, unidentified decedents and active missing person cases that have lingered for years across the nation.
How we got our name:
Definition Territory: any tract of land; district
Long Haul: a journey over a long distance, esp one involving the transport of goods

For the latest information on these and other missing persons cases, visit the website of CUE Center for Missing Persons.