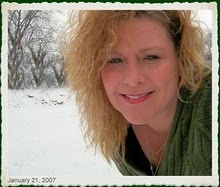 There is a crisis in the Family Courts of America and Claudine Dombrowski is a warrior in the battle for change.

A battered mother who lost custody of her daughter to the person who abused her, her battle has been ongoing for approximately 16 years, with no solution.

During the two hour televised council meeting, the one sided discussion from 7 of the 10 elected members amounted to nothing more than political finger pointing. Leading the charge, and ultimately dictating the vote, was Interim City Manager Dan Stanley, brow beating those during the hearing into submission of his way or the highway. It was classic manipulation “101” presented in a live stream real time format.

According to  Claudine Dombrowski, in attendance at the City Council meeting, “I witnessed the Council of elected officials support the decriminalization of domestic violence within the city limits of Topeka and berate speakers, who were survivors and victims. The elected council members temper tantrums during the meeting and finger pointing were disgusting.”

Approximately 24 years ago, after years of lobbying by victims, advocates and families of those slain by their partner, legislation was signed by Governors nation-wide making domestic violence a crime. The pen used to sign the bill, was not filled with ink, but the blood of all those who lives were lost at the hands of those professing to love them.

According to Murphy Milano, “This “stunt” will cost Topeka more than the mere 10% budget shortfall cited by city officials as the reason not to prosecute. Expect an increase in intimate partner related missing persons cases (providing they will still be allowed to make a report) and count on more funerals for those victims whom the police did not respond.”