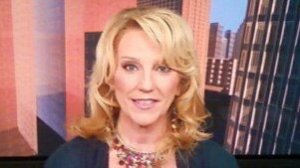 Attorney and Legal Analyst, Holly Hughes will be making a marathon radio tour from 8am-9am ET on syndicated stations across the country to comment on the verdict in the Casey Anthony trial.  Hughes has been seen regularly on TruTV, HLN and CNN throughout the murder trial which took place in Orlando, Florida, giving up to the moment commentary each step of the way, as the nation watched on the edge of their collective seats.

Tune in to the following stations to hear Holly’s fiery analysis of what went wrong, what went right, and when and how justice will ever be served for little 2 year old Caylee Anthony.

Holly Hughes is an Atlanta based attorney in private practice. Prior to entering private practice, Holly served for a decade as a Senior Assistant District Attorney with the Fulton County District Attorney’s office in Atlanta, GA where she prosecuted some of the most high-profile cases in the United States, including working on the murder case against Ray Lewis, superstar with the Baltimore Ravens. Holly Hughes was a triple threat prosecuting homicides, hate crimes and high profile felony cases. Prior to making a name for herself as a tough big-city prosecutor, she also worked as an attorney specializing in Discrimination and Civil Rights.