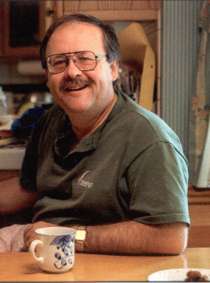 “McDougal’s reporting has taken him to the top of San Francisco’s Mt. Tamalpais at sunrise with Richard Gere and the Dalai Lama, Rodney King’s rap music debut, Ethiopia with Harry Belafonte, Tokyo with former U.S. Ambassador Mike Mansfield, and Dr. Ruth Westheimer’s Washington Heights bedroom for a discussion of the elements of good sex. He has interviewed dozens of celebrated men and women who have influenced our lives: pop stars, politicians, moguls and cultural icons.”

Dennis McDougal has written several books chronicling the stories of celebrities like Jack Nicholson, Robert Blake, and his next book on the life and times of Bob Dylan.  But writing about stars is not all McDougal is about, he is a journalist’s journalist in an era when old school research and reporting a story has become diluted by the fast paced internet and those who quickly churn out a quick headline and  5 minute sound bites.  Dennis McDougal has written for the LA Times, the NY Times and several other newspapers and publications during his career, earning many honors along the way for his reporting as well as his books.

His latest book, a novel, “The Candlestickmaker,” takes readers back to the Viet Nam War and the era of the

60’s when everything we believed in started to be questioned.  “The Candlestickmaker” is not like any other book accounting the battles of war, but the battles within men aboard a ship containing secrets.

“A must read for anyone looking for a human view of Vietnam instead of a Hollywood one.”

To learn more about Dennis McDougal, his books and his works, visit his page here at ImaginePublicity:  (https://imaginepublicity.com/clients/dennis-mcdougal/)

We are so happy and proud to announce Dennis McDougal’s association with ImaginePublicity!