In honor of National Stalking Awareness Month, host Lyn Twyman of Courage Empowerment Forum brings Attorney Dawn V. Martin back to her program.  In Part 2 of this broadcast, Dawn will continue telling her story about her experience as a survivor of workplace stalking.  In 1997, Dawn was accosted by a homeless serial stalker.  This incident turned her life upside down, eventually causing her to lose her own job.  We’ll learn how Dawn not only struggles to find justice in this matter but how it has changed her life.

Go to the link and listen live every Tuesday night!   www.party934.com

Dawn V. Martin, Esquire, is the principal of the Law Offices of Dawn V. Martin. Ms. Martin founded the firm in 2000, after nineteen years of legal experience. She has twenty-nine years of legal experience, all in civil rights, public service, teaching law and/or policy development.  She has developed national policy in the areas of Equal Employment Law and has published authoritative works on this subject.  Ms. Martin has special expertise in the areas of sexual harassment, workplace violence and hiring policy for police and fire departments to ensure both public safety and compliance with the Americans with Disabilities Act.

Slim Man – “Sunny Day” from the album Thousand Miles Away 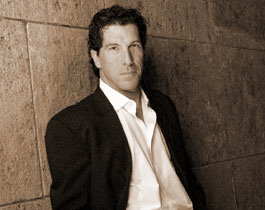 J.D. Considine (Rolling Stone) said of the Slim Man style”…a near perfect example of how jazz and soul can be combined as pop.”

When Slim Man was five years old, his Dad took him to see a movie –‘The Five Pennies’, starring Danny Kaye and Louis Armstrong. When Young Slim saw Louis sing and play, he told his Dad…”That’s what I want to do.”

Slim Man then studied trumpet for ten years, and taught himself how to sing and play piano and guitar as well. Slim Man’s first gig? He was in fifth grade, and he played guitar and sang a few Beatles songs for the sixth grade graduation. While in middle school he took up bass, and Slim Man’s band ‘Momma Max’ opened up for Iggy Pop and the Stooges, The Raspberries, and others.

Slim Man’s First Big Break came when he went on a trip to NYC to meet a publisher who expressed some interest in Slim’s Songs. When he got to NYC, Slim Man found out that the publisher had other interests in mind, and left the meeting disappointed yet determined. He went to a phone booth and started calling publishers.

A few hours later, he was in the NYC office of Roxanne Gordy, Motown publishing executive and niece of the famous Berry Gordy. Motown eventually signed Slim Man as a songwriter, and one of the first tunes he wrote “Summer Days” made it onto Angela Bofill’s first CD, ‘Angie’.

While working at Motown in NYC, Slim Man became friendly with a record company downstairs from Motown’s office: Stiff Records. Stiff had Ian Dury, Lena Lovich, and a bunch of other eccentric artists on their roster, and Stiff expressed interest in some Slim Songs, and named the project…BootCamp.

BootCamp had considerable success. It was one of the first bands on MTV. They did shows with the B-52s, Squeeze, Split Enz, The Tubes, and a bunch of other bands. BootCamp disbanded after it came in second place in the MTV Basement Tapes Contest.

After the Marlboro Contest ran its course, Slim Man started writing and producing songs featuring a rock singer named Brian Jack, who landed a deal with Epic based on the Slim Man songs. Producer Frankie LaRocca (Spin Doctors) was hired, but none of the Slim Man songs were used. Brian Jack was dropped from Epic after four non-Slim songs.

So, undaunted, Slim Man went back into the studio, re-sang the songs he’d written for Brian Jack, added a few new songs, and…End of the Rainbow, the very first Slim Man CD, was born. The CD yielded a Top Ten Hit, ‘Faith In Us’, and the CD went on to be included in over a dozen Top Ten lists for the year (1995).